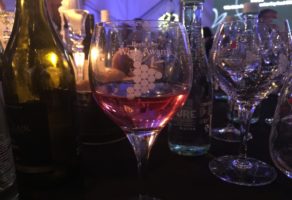 Chairman of Judges, Warren Gibson, Chief Winemaker for Trinity Hill said, on behalf of the judging panels; “We want the people of Hawke’s Bay to know this is a tremendous accolade for the region.”

The wines tasted by the 490 people attending the sell out event at the Waikoko Gardens last night (TUESDAY OCTOBER 18, 2016) spoke to the crowd as they toasted the 16th Hawke’s Bay A&P Bayleys Wine Awards and launched the beginning of the region’s biggest event in town – the 2016 Royal A&P Show of New Zealand.

Mr Gibson said nowhere else in this country, or even perhaps many other countries in the world, is there a region producing a wider range of wine styles at this outstanding level of excellence.

With four great vintages in a row, Mr Gibson said it was fair to proclaim that in 16 years of these Awards, this was the strongest line of wines put forward.

“After outstanding successive vintages, starting with the 2013 so-called ‘vintage of the century’, we are seeing the evolution of Hawke’s Bay as a wine region, through its vineyards and winemakers and the quality of wines across all categories.”

Sparkling all night, the Reserve Champion Wine of Show Church Road’s Blanc de Noirs 2006 highlighted the ageability of the style and also just simply how delicious it was to drink.

“These Champions of Champions wines highlight the versatility of our region and together with the great range of tonight’s award winning wines, it takes Hawke’s Bay well beyond the traditional Merlot/Cabernet Sauvignon, Chardonnay and Syrah styles we have become known for in the wine world,” he said.

Presented for the first time in a new category was the Outstanding Wine of Provenance Award to Newton Forrest for Cornerstone.

The idea of the Outstanding Wine of Provenance Award is to reward a Hawke’s Bay winery that, for more than a decade, has shown consistent delivery of a wine and brand that gives consumers total confidence in purchasing and cellaring.

“The Cornerstone delivers a dynamic, unique Cabernet/Merlot from the Gimblett Gravels that shines as a wine style,” said Mr Gibson.

Boundary Vineyards Farm Lane Champion Wine of Show Hawke’s Bay Syrah 2015 wine maker Craig Thomas said the winery had aimed to produce an elegant but approachable wine that is dark, savoury and has that peppery spice finish that so typifies Syrah from the Hawkes Bay region.

The fruit for the wine came from vineyard sites within the Bridge Pa Triangle area of Hawkes Bay. The soil type is Ngatarawa sandy loam on gravel that typically produces ripe, opulent fruit at low sugar levels, making the wine flavourful without high alcohol. Syrah from this sub-region often exhibit signature white pepper and floral aromatics.

Other Premium Red Varietals and Blends