Nature – the best classroom of all 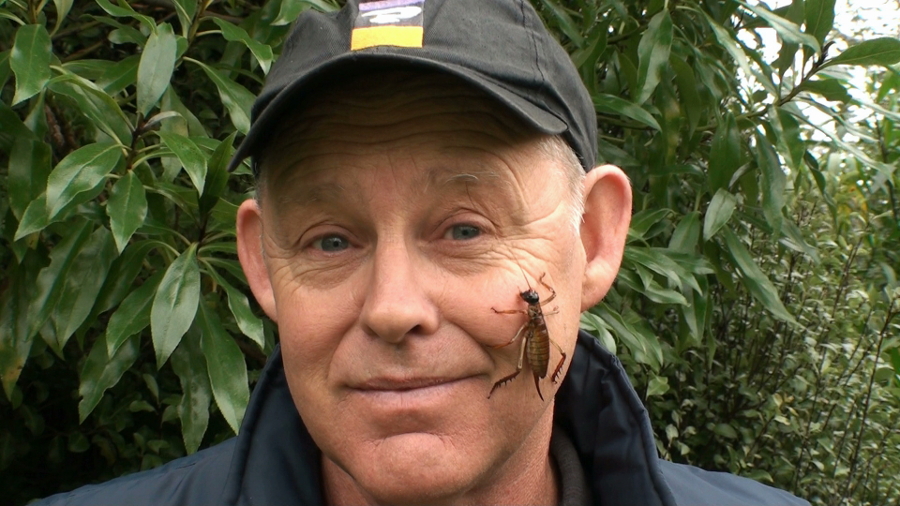 If well known nature champion Ruud Kleinpaste (aka The Bugman) was responsible for education, Hawke’s Bay’s natural environment would be our classroom.

Ruud Kleinpaste is the ambassador for the Cape to City ecological restoration project. He is leading the education part of the programme with Department of Conservation’s education programme coordinator Robyn McCool, with additional support from a range of partners including the Hawke’s Bay Regional Council.

In a 2014 education pilot, over 150 students from Port Ahuriri, Haumoana and St Patricks Schools headed outdoors to the “big wide open classroom” to learn about the role of trees, birds and insects in the local environment.

Cape to City aims to ‘teach the teachers’ and inspire, encourage and equip them to “reconnect students with nature”. Last year three schools participated in Cape to City programmes and the future plan is to involve six schools each year, in either student or teacher programmes.

Robyn said the positive response and feedback from schools involved has helped confirm that the programme is worth expanding into other schools.

Ruud says the course content has been developed in ways that encourages creative hands- on education using the environment as a context for learning across the curriculum. He adds that most of the school curriculum can be taught in a nature context.

“It’s easy to get inspired by nature. When we are teaching the teachers, we just take them outside and walk around and as they start to observe the environment the questions start coming and they form their learning and content from there. There are so many teachable moments outside!”

“Nature is one of the best learning environments we have. It’s cheap, as there’s no need for a physical classroom and all the materials are free such as spiders and birds.

“For example we did a challenge around silk. We asked children to come up with how many creatures produce silk and to write down all the things that we can do with silk. It’s pretty uplifting when you get back a sheet full of observations and ideas.

“We can cover off numeracy, literacy, science, social studies among others using nature as the education source from year one onward. Art is another, obvious topic.” Ruud said.

Ruud and Cape to City hope to see the programme adopted by all schools within the Cape to City catchment area as well as schools in other regions and cities. Ruud has already started a similar programme with schools in Auckland.

Robyn McCool, Cape to City Education programme coordinator is working with EIT Hawke’s Bay on an education partnership which will see nature-time teaching principles integrated into the curriculum for year 2 and 3 candidate teachers.

“Schools already involved are keeping up their good work and have plans to expand their biodiversity enhancement learning. This is great and will ensure the Cape to City five year education plan will have an impact on both young lives and the future of our region’s biodiversity,” said Robin.

Cape to City is a five-year, $6 million project which is a partnership between Hawke’s Bay Regional Council, DOC, Cape Sanctuary, Landcare Research, various landowners and businesses as well as iwi and hapū.

The project has funding from the Aotearoa Foundation.